Ayrton Senna: 21 years since his death. 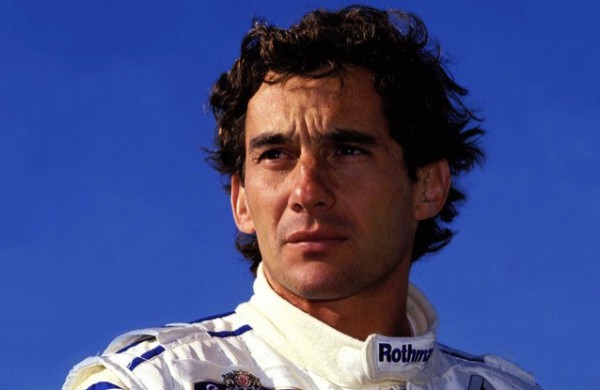 Today marks the 21st anniversary of Ayrton Senna’s tragic death at the 1994 San Marino Grand Prix at the Imola circuit.

The Brazilian, who encapsulated not just his home nation but an entire world of motor racing enthusiasts, won three Formula One Drivers’ Championships in 1988, 1990 and 1991, and his career-long battle with Alain Prost has gone down as one of the greatest battles on the track ever seen.

Senna made his debut in the sport with the Toleman team in 1984, and it would not be long until he announced his arrival on the biggest stage of them all. His drive in the wet at the 1984 Monaco Grand Prix has gone down as the stuff of legend, with the race red flagged just as Senna passed Prost on the finishing line.

He would move to Lotus at the end of the year where he would claim the first of his six race victories between 1985 and the end of 1987, and a third-place finish in the championship put him firmly on the radar of McLaren.

His debut season would bring a debut Drivers’ championship, but it would be the following year that would produce one of the most memorable finishes to a championship battle.

With Prost leading Senna at the Japanese Grand Prix at Suzuka, Senna dived up the inside of his French teammate at the final chicane. The two collided, with Prost immediately retiring. Senna, with a little help from the marshals, was able to restart his McLaren and return to the track via the escape road. The FIA would later decide to disqualify Senna for not driving backwards and rejoining the circuit where he left the track, and Prost was crowned world champion.

The following year, the same situation emerged at the same grand prix, only this time if the pair didn’t finish it would be Senna celebrating the championship. Having won pole position, Senna was infuriated when it was moved to the dirty side of the track, and after Prost got the better start, Senna kept his foot to the floor and took both of them into the tyre barrier, ending the championship and claiming his second title.

If that crown was tarnished, his third was unquestionable, as he claimed seven victories on his way to a career-high haul of 96 points.

McLaren were unable to continue their dominance though and the return to form of Williams saw Senna struggle at the front. In 1994, Senna had already had two retirements in the first two races when the San Marino Grand Prix arrived. A nasty crash for Rubens Barichello during practice saw Senna’s compatriot lucky to escape with his life, but tragically Austrian driver Roland Ratzenburger was killed during qualifying.

The accident, which occurred on 30 April 1994, caused Senna to immediately break down in tears and openly question his future in the sport with his close friend and the late F1 medical delegate Professor Sid Watkins.

Senna chose to race on Sunday, and a good start – albeit one blighted by a nasty accident for JJ Lehto and Pedro Lamy – saw him lead from the front. On the seventh lap, his car inexplicably left the track at the Tamburello at roughly 191mph, hitting the concrete barrier at 145mph and bringing out the red flag. Despite Watkins’ and the medical teams’ best attempts, Senna later died in hospital in what turned out to be the darkest weekend F1 has ever seen, though his legacy lives on today.

The Instituto Ayrton Senna, ran by his sister Viviane, continues to provide education and a future for millions of children in Brazil, while Senna himself remains an icon in the nation’s sporting history – perhaps matched only by Pele. It’s said that the one positive to come out of Senna’s tragic death is that the safety improvements since 1994 have been revolutionary.

To this day, no driver has been killed during an F1 race, while cars are safer than they have ever been before. That’s not to say the sport is risk free – far from it when you’re racing at over 200mph – but that was the thrill that excited Senna, and that’s why his name lives on today 21 years after his death.