Your Thoughts : John Eccleshall and the Nissan Note

In the first of what I hope will be many inputs from you the readers, John Eccleshall of Ashford explains his thoughts on buying British and his dealings with dealers. 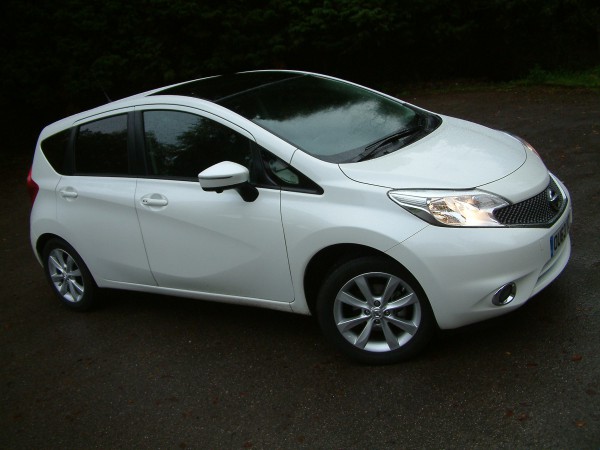 The story begins with a wife, a broken ankle, three months without her driving, and a need to get an automatic of some sort PDQ. It started with just a thought and a look, but one week later a new Nissan Note Acenta Premium Plus CVT was on order.

This tale is not of deals done but of service received, because if I told you what was paid I am sure you will say “HOW MUCH” you should have spoken with Mike Humble… he knows a man, who knows a man, who could have done you a deal… but I had at least read his review on the Note beforehand.

As I said it was initially just a browsing session but budgets were set, models were identified and off we went to look at a few nearly new fine examples of what the industry could offer. I could see my wife’s days of Monkey motoring would be over and I would be in credit with brownie points.

Overall the clichés were confirmed. Step on to a forecourt and like a pantomime cloud of smoke a sales person would appear wearing a big smile and the words, “I have just the car for you” With conversations ranging from “only one owner” (which may have been a driving school) to buy today because it will be gone tomorrow. Our questions when answered told us the cars were either going to be Prince Charming or Widow Twankey.

From our wanderings and wondering the one that ticked most boxes was a 15 plate pre reg. Nissan Note, at what seem to be a reasonable price. It was any colour you wanted as long as it was white. All well and good but the lady of the house said “of course you will be down the car wash at least once a week…. won’t you”

At this point I decided white was not my favourite colour and called the salesman at KAP Nissan to see if he had any alternative pre owned metallic options.  As predicted he did not have stock, but knew a man who did. After a couple more chats on the phone he emailed two options. A metallic blue 14 plate at less money than the pre reg 15 plate, and a metallic red 64 plate… which cost more.

Come Monday afternoon we had a test drive of a similar vehicle just to see if the Note would strike a chord, from which the chosen option would then be obtained for us to have a look at.The test drive was OK and it looked like we were just about to give the salesman a deposit when he uttered those well-known words “I’ve had a chat with my Manager who thinks with a little more money you could have a brand new 65 plate and choose your own colour.”

Sure enough (what a surprise) based on a finance deal with support, discounted three year servicing, a spare wheel kit, mats and fuel. The whole lot came out at about £1000 more than the equivalent older vehicle.Taking into account the later registration plate, warranty and the opportunity to pick out a registration number, we did what I always tell others not to do; we made an instant executive decision and said yes.

Why did you do that you might ask? Well the answer was we were SOLD the car, it was not just a case of here it is, do you want it? The Initial approach was good, presentation was good, follow up was good, demonstrating the car was good but best of all the salesman played us like a violin. So well in fact we even paid for the spare wheel kit.

Key points for buying were good access, reasonable level of kit, low VED and to top it all, it follows the Autobritannia theme of “Built in Britain”. Having said that, the proof in the pudding will be when we take delivery………. Don’t hold your breath but like Arnie I’ll be back.

EDITORS NOTE: John has demonstrated what I have believed for so many years. If you want top service then sometimes you have to pay for it. Buying a car is SO much more than just screwing the dealer into the ground, sometimes all you want is a happy and approachable relationship and a reason for repeat purchase. If you are happy with the deal and happy with the way you are treated then surely the extra money spent is all worth while?

We look forward to hearing further news on your recent purchase John!