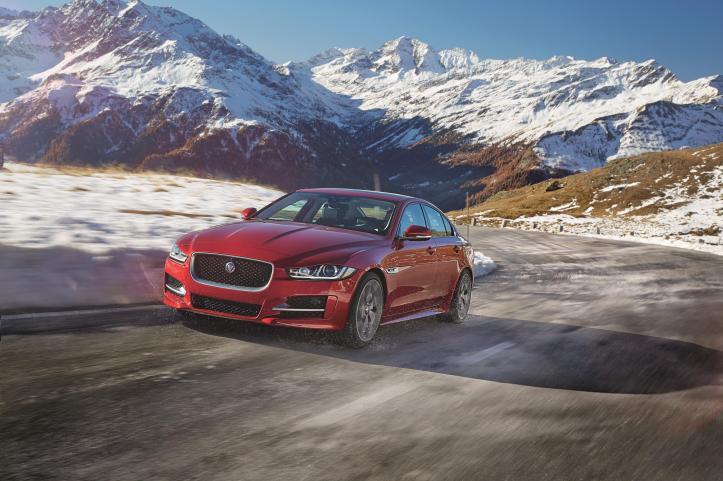 Jaguar XE impresses throughout all safety categories, scoring an incredible 92 per cent for adult occupant protection.
Standard safety equipment on all XEs includes Active Bonnet, Autonomous Emergency Braking, Lane Departure Warning and front and side airbags.
The XE – now available to order with All-Wheel Drive (AWD) in the UK – is also one of only seven models shortlisted for European Car of the Year 2016.

The Jaguar XE has scored another victory over its rivals to be rated the safest Large Family Car on sale by crash safety testing body, Euro NCAP. It’s the latest in a long line of successes for the XE, launched just nine months ago, which is also included on the shortlist for the prestigious European Car of the Year (ECOTY) title for 2016.

During Euro NCAP’s stringent crash safety procedures, the XE was consistently strong, scoring maximum points in the side barrier impact test for adult occupant protection, giving the XE an impressive 92 per cent overall in the category. It’s a testament to the inherent strength and stiffness of the XE’s innovative lightweight aluminium-intensive architecture.