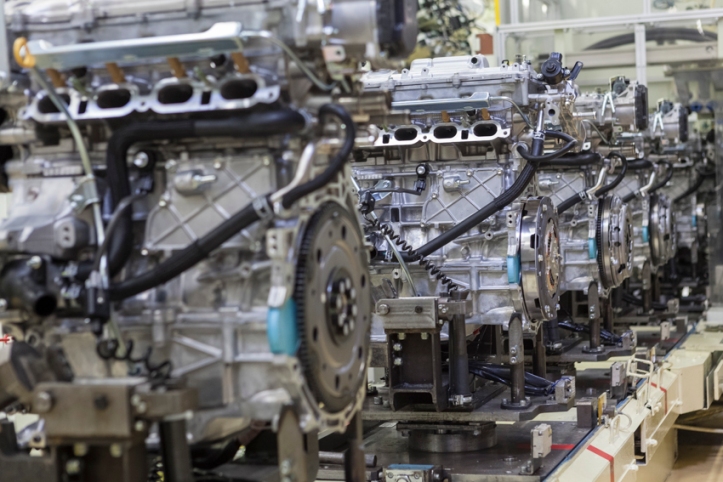 Project to benefit from Toyota investment of around £7 million.

Hybrid engines to be exported to Turkey for installation in a new model based on the Toyota C-HR concept.

Toyota Manufacturing UK is to build next generation hybrid engines at its Deeside plant in North Wales for a future Toyota crossover model based on the company’s C-HR concept car.

The addition of the new high-tech engine to the factory’s production is attracting additional investment of around £7 million in operations by Toyota Motor Europe, including grant support of more than £700,000 from the Welsh Government. The decision reinforces Toyota Manufacturing UK’s reputation for superior quality and productivity and helps secure existing jobs at the plant.

Welcoming the news, Jim Crosbie, Engine Plant Director, said: “Toyota has a long and successful record of building engines in North Wales. This announcement is a big vote of confidence in the high skills, quality and commitment of our workforce. Deeside was chosen to be Toyota’s first plant in Europe to manufacture a hybrid engine and we are proud to have delivered on that opportunity and to have now been selected to build this next generation hybrid engine.”

On a visit to Toyota’s plant at the Deeside Enterprise Zone today, Edwina Hart, Minister for Economy, Science and Transport said: “This is excellent news and I am delighted this very significant investment has been secured for Toyota’s facility here. It will not only provide a platform for growth in what is an extremely competitive market but will also help secure the long term sustainable future of the plant and safeguard skilled, well-paid jobs in the region.

“Toyota’s importance to the Welsh economy is recognised by its Anchor Company status and I am pleased the Welsh Government is supporting this latest investment on site.”

The new engine is the latest generation of Toyota’s world-leading hybrid powertrain technology and will play an important role in Toyota Motor Europe’s ambitions for increasing hybrid vehicle sales. Last year Toyota’s European hybrid sales reached 209,000 units, up 17 per cent on 2014. Hybrid vehicles currently account for almost one quarter of all new Toyota models sold across all European markets, and about one third of all those sold in Western Europe.

The new hybrid engine will be built at Deeside alongside current production of petrol and hybrid petrol units for the Auris range, manufactured by TMUK at Burnaston in Derbyshire. Engines and components are also exported from the plant to other Toyota manufacturing centres in Europe, South America, South Africa and Japan.

Toyota’s new crossover model is being developed from the C-HR concept car unveiled last year at the Frankfurt motor show. The car will be built at Toyota’s factory in Turkey.

Dr Johan van Zyl, Toyota Motor Europe President and CEO said “The crossover market has been booming and will continue to grow in Europe and elsewhere. We are entering the C-segment crossover market with a fantastic new product with a hybrid powertrain from the start. It will provide our European operations with further perspectives for sustainable growth. I have full trust in our team members in Turkey and the UK to apply their skills and quality mind-set to building what will be a very exciting product”.