Nissan has switched on a new solar farm at its biggest manufacturing site in Europe, the latest landmark in the company’s journey towards Intelligent Mobility.

Made of up 19,000 photo-voltaic panels, the new 4.75MW facility is now fully operational at Nissan Sunderland Plant, as Nissan strives towards its twin goals of zero emissions and zero fatalities.

The solar farm has been installed alongside 10 wind turbines already generating clean power for Nissan in Sunderland, the European centre of production for the all-electric Nissan LEAF and its batteries. 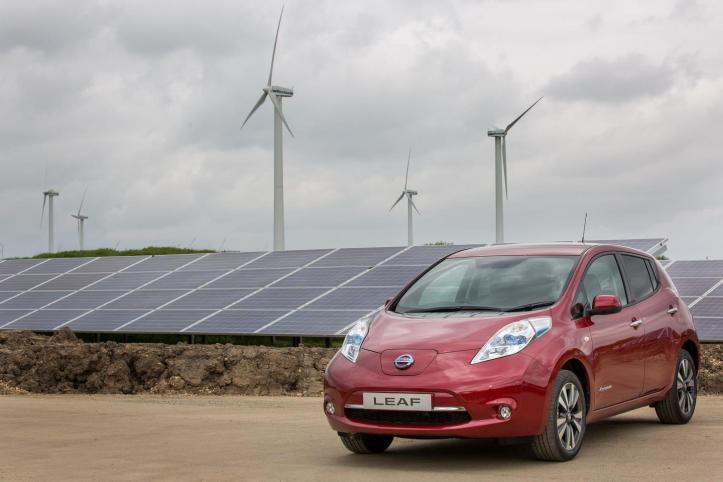 “We have built over 50,000 Nissan LEAFs in Europe, and the industry-leading new 250km-range LEAF is now available. With 10 wind turbines already generating energy for our Sunderland plant, this new solar farm will further reduce the environmental impact of Nissan vehicles during their entire lifecycle.”

Nissan began integrating renewable energy sources in Sunderland in 2005 when the company installed its first wind turbines on site. These 10 wind turbines contribute 6.6MW power, with the 4.75MW solar farm bringing the total output of renewables to 11.35MW in Sunderland. This equates to 7% of the plant’s electricity requirements, enough to build the equivalent of 31,374 vehicles.

The solar farm has been developed and installed within the loop of Nissan’s vehicle test track in Sunderland by partner company European Energy Photovoltaics, with 100% of the electricity generated to be used by Nissan.

Its installation comes as Nissan celebrates its 30th anniversary of manufacturing in the UK, having become the biggest UK car plant of all time and now supporting nearly 40,000 jobs in Britain in vehicle design, engineering, production, parts distribution,  sales and marketing, dealer network and supply chain.

Pursuing a goal of zero emission vehicles and zero fatalities on the road, Nissan’s Intelligent Mobility vision is designed to guide Nissan’s product and technology pipeline, anchoring critical company decisions around how cars are powered, how cars are driven, and how cars integrate into society.