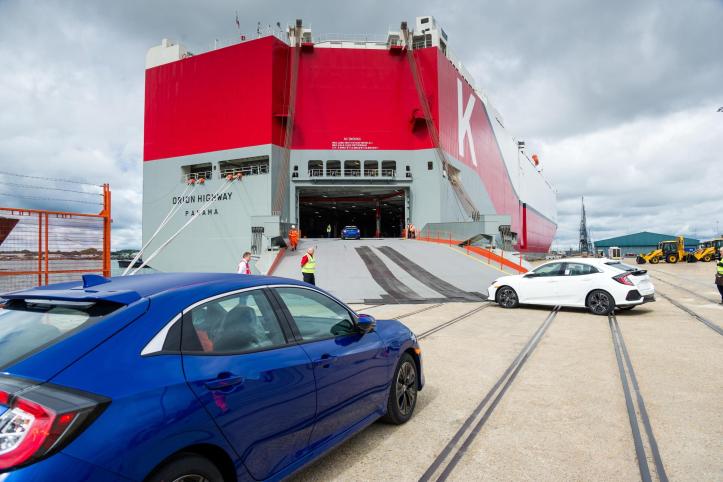 Production and export of US Civic hatchback commences

The first mass-production 10th generation Civics have now set sail for the US.  Due to arrive in dealers across North America by September, the US version Civic is made by Honda’s UK manufacturing base in Swindon.

The story comes after last year’s announcement that Honda of the UK manufacturing (HUM) is to become the global production hub for the tenth-generation Civic hatchback, and received an investment of over £200 million to prepare for the start of production of this new model.

Civic is Honda’s biggest selling nameplate worldwide and this tenth generation is one of the most comprehensive new model developments ever undertaken by the brand. The four-door sedan version was launched in US in late 2015, and received the coveted North American Car of the Year award.

Philip Webb, head of cars at Honda UK, commented: “Production of the hatchback for the UK market will commence towards the end of 2016, with sales beginning in the first quarter of 2017. Our factory in Swindon will also export the model to other key markets around Europe and the rest of the world.”

Honda of the UK Manufacturing (HUM) is Honda’s flagship production facility in Europe and a key part of Honda’s global manufacturing network. Since 1989, Honda’s total investment in HUM has exceeded £2.2 billion.