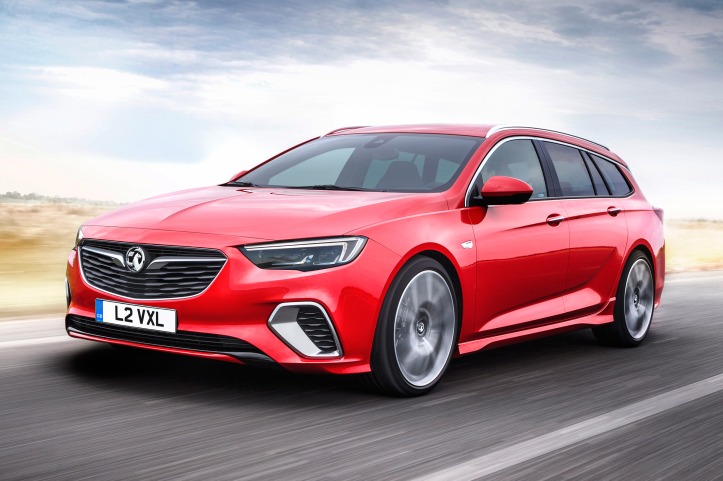 Vauxhall secured a double-award win at last night’s Auto Express Awards 2019, with the flagship Insignia crowned Family Car of the Year for the second year running, and the Combo Cargo named Van of the Year.

The Auto Express Awards are renowned as a notable industry benchmark for success, and nominees face a tough judging criteria with a voting panel composed of the magazine’s expert reviewers, meaning only the best cars and vans make it onto the winners’ list.

“The Vauxhall Insignia Grand Sport offers incredible value for money. Some versions are so affordable that they match cars in the class below – and yet the Insignia Grand Sport has a vast amount of space on offer, both for passengers and luggage,” said Steve Fowler, Editor-in-Chief at Auto Express. “The ride is smooth, the seats are comfortable and the cabin is quiet, making it an exceptional motorway cruiser; but it’s still huge fun on winding roads. The engines are efficient and the car is well-equipped – both helping to make it a great choice for company-car drivers.”

The Combo Cargo was Van of the Year by Auto Express Awards judges, who praised the flexibility of the van’s load carrying options and engaging driving experience, also highlighting the excellent value that the van presents to buyers.

Speaking about the Van of the Year category win, Steve Fowler continued, “The Vauxhall Combo Cargo is an outstanding new entrant into the small van market. The interior is comfortable and there’s a decent amount of safety kit, making the Combo a great place to spend time. The cargo weights are generous, with easy access, and there are plenty of load carrying options. The range of engines impresses and, with its car-derived running gear, it’s even good to drive. What sealed the deal for our judges were the comprehensive finance deals on offer, which make the Combo Cargo a strong financial proposition, too.”

This double awards win proves that our offering to customers is consistent across both of our car and van ranges and Vauxhall is back in bringing customers best-in-class offerings,” said Patrick Fourniol, Vauxhall’s Marketing Director.

“The Insignia Grand Sport continues to attract plaudits, this being the second year in a row it has won at the Auto Express Awards. Our van offering is again boosted by another awards win, with the Combo Cargo receiving nothing but praise from industry experts since its launch towards the end of last year